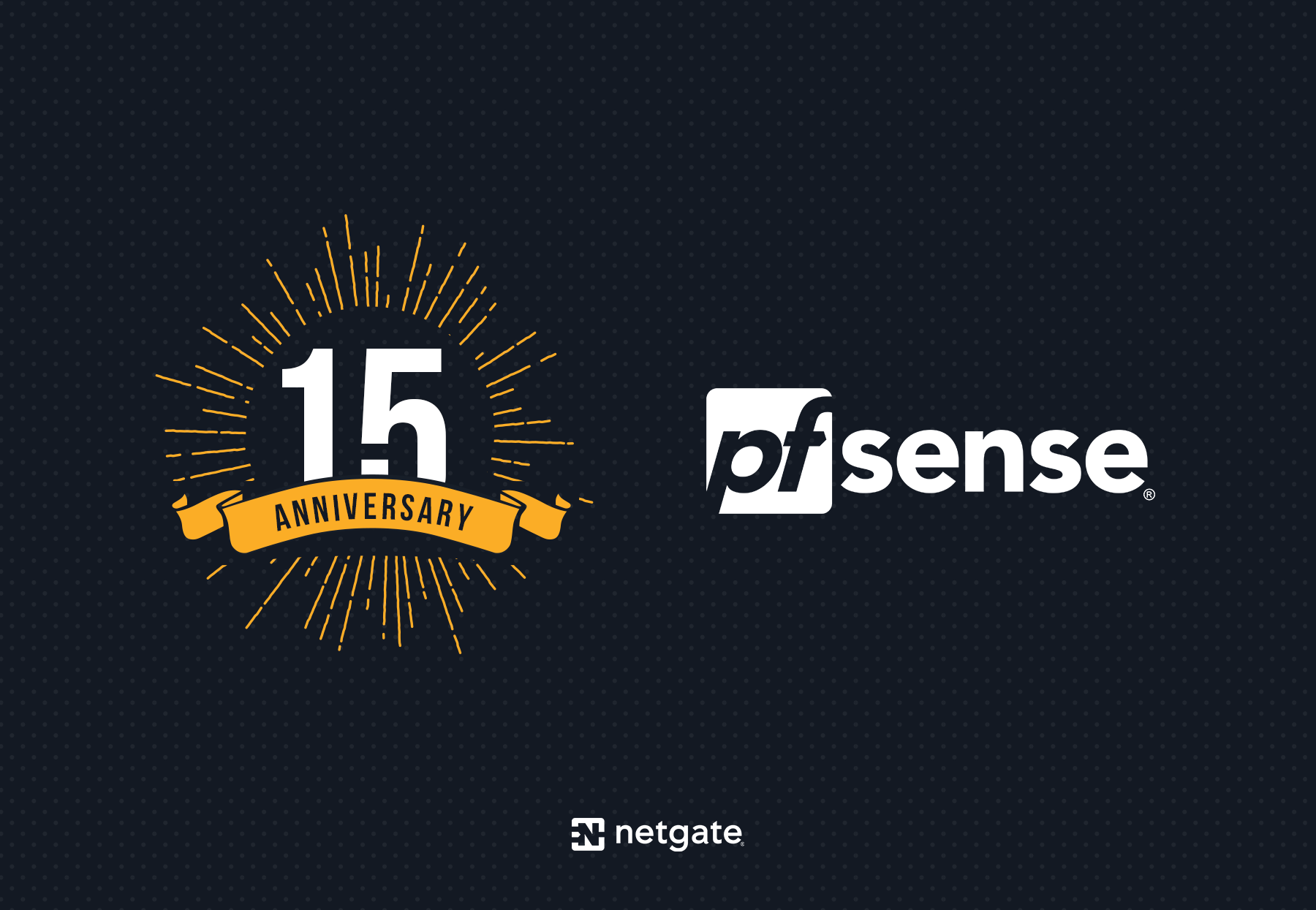 Today marks 15 years since the release of pfSense® software 1.0. Fifteen years is an amazing milestone when you stop to consider the impact and achievements of pfSense software:

Netgate is proud to have been a major sponsor of the pfSense project starting in 2008, and the steward and primary developer of the project since 2012. We are also proud of our continued testing, packaging, distribution, documentation, and more - all of which require a deep commitment to the cause of progressing open source software.  At the same time, we are grateful to the entire pfSense community - including contributions from many talented and devoted developers over the years.

“No other community-developed project has propelled both the components and the ethos of open source, and combined them into a product as successful as pfSense software. Netgate’s unwavering investment in open source ensures data security will continue to be a right of all internet citizens.”

We appreciate every single user of pfSense software across a range of deployments and industries. pfSense software is used across homes, small and medium businesses, educational institutions, government agencies, and service providers. Most of all though, it is our customers around the world who really make all of this possible. We take the job of connecting and protecting your networks seriously, and are honored to serve you.

The world of secure networking is constantly evolving. We plan to write many more exciting chapters in the coming years. Happy Birthday pfSense software!