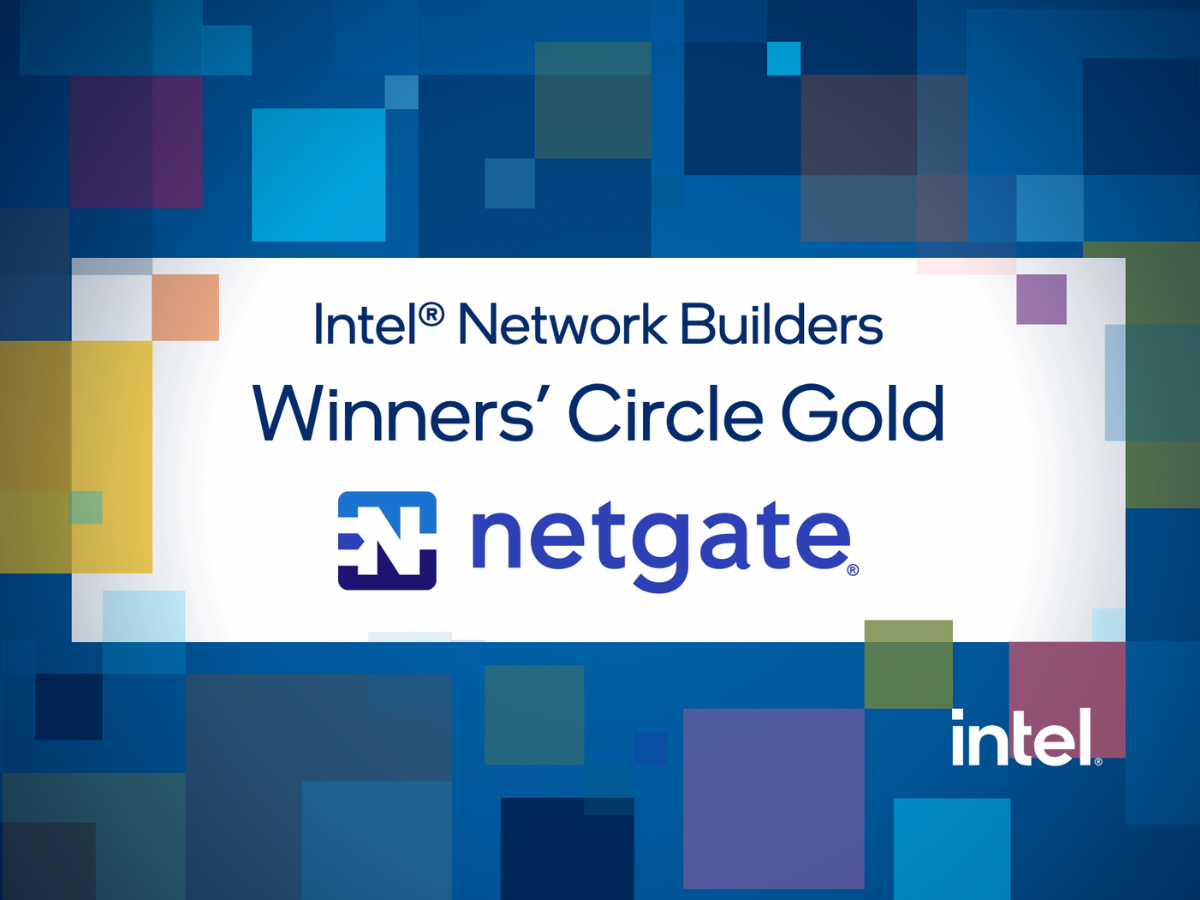 Netgate has recently been recognized as a Gold Level member of the Intel Winners' Circle. This award is part of the Intel® Network Builders program, which recognizes ecosystem partners for their technical innovation in the transformation of the network from core to edge. The Intel Winners' Circle is divided into three categories: Titanium, Gold, and Member. Each level is designed to highlight the achievements of ecosystem partners and offers support to awarded solutions. As a Gold Level member, we are excited to continue driving innovation and growth in the secure networking industry through our affordable, high-performance firewall, VPN, and routing solutions.

We are also grateful for the recognition of our commitment to advancing the industry and community through technical and financial contributions to open-source driven projects like the Fast Data Project (FD.io) and its flagship technology Vector Packet Processing (VPP), Data Plane Developer Kit (DPDK), Clixon, FreeBSD, Free Range Routing (FRR), strongSwan, and the pfSense Project.

In 2022, we advanced our flagship products - pfSense Plus and TNSR software. Many of these improvements, coded and funded by Netgate, were released to the community through the pfSense project and upstreamed to other projects mentioned above. This progress includes:

Please see our detailed release notes for more information on the software improvements:

In addition to the progress we made on pfSense Plus and TNSR software, we also partnered with Intel Network Builders to release a case study on how Netgate's affordable, yet high-performance, TNSR software router was able to help Arkansas State University Three Rivers with their robust networking needs.

Thank you to Intel for the recognition and partnership, and we look forward to making more progress in the coming year.