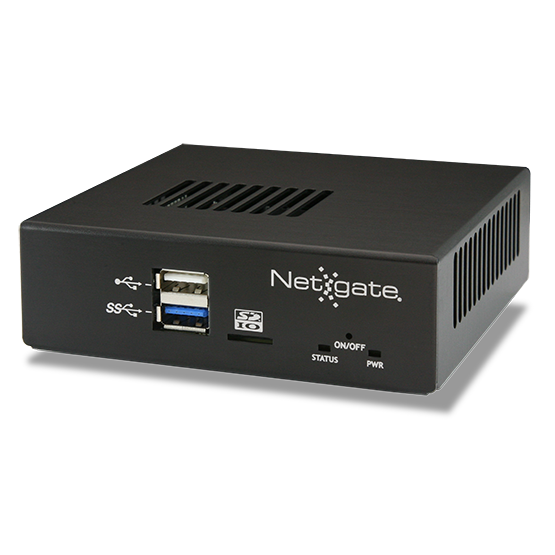 With the release of pfSense® software version 2.4.4, the underlying issue with the HDMI-based console has been resolved. We invite you to review the blog post dated today and the FAQ that has been added to the MinnowBoard page.

We have decided to withdraw the announced SG-2320 and SG-2340 pfSense® security appliances from sale.

There is an underlying FreeBSD issue with the HDMI-based console that we foresee as a showstopper in the field for many of our customers and partners. We apologize for this, but we believe it is the right thing for everyone who relies on Netgate system and pfSense software to support their critical security infrastructure.

We are offering an immediate refund to everyone who has pre-ordered a product, or, alternatively, the opportunity to receive a priority slot for our coming R-1 system as soon as they are available. If you pre-ordered, you should have already receveived email informing you of this.

If you still want one, the base platforms for these systems should be available as a kit for sale on Amazon within a week.

The original announcement is below, if you are interested in the specifications.

We are happy to announce two additions to our SG series. Please welcome the SG-2320 and SG-2340!

These platforms are targeted as a low/mid range performance option, ideal for small offices. Both units have very low power consumption of 6W (SG-2320) or 8W (SG-2340).

The SG-2320 is a fanless dual core system clocked at 1.46GHz, while the SG-2340 has a fansink and is a faster quad core system at 1.91GHz. Both units are based on an extended version of our Minnowboard Turbot. The SG-2320 and SG-2340 both add a second Ethernet controller, and an M.2 socket with 32GB SSD, both are powered via 5VDC coaxial power jack, with a threaded locking connector.

The dual core E3826 used on the SG-2320 and quad core E3845 on the SG-2340 both support AES-NI, for compatibility with the requirements of pfSense® software version 2.5 and beyond.

Additionally, the quad-core has i210 Ethernet controllers, while the dual-core has i211 controllers. In both cases the number of RSS queues on the controller match the number of cores on the device. Multiple transmit and receive queues in the controllers allow network traffic streams to be distributed into queues. These queues can be associated with specific processor cores, allowing distribution of the workload and preventing data traffic processing from overwhelming a single core. The packet queues can be accessed by driver threads running on different processor cores, such that multiple cores can process network packets in parallel. RSS can intelligently distribute packet processing via a programmable table that directs IP flows to a given CPU core. This is increasingly important in our quest to push performance forward. Having more queues than cores isn’t a problem, but having more cores than queues will limit performance of future versions of pfSense software.