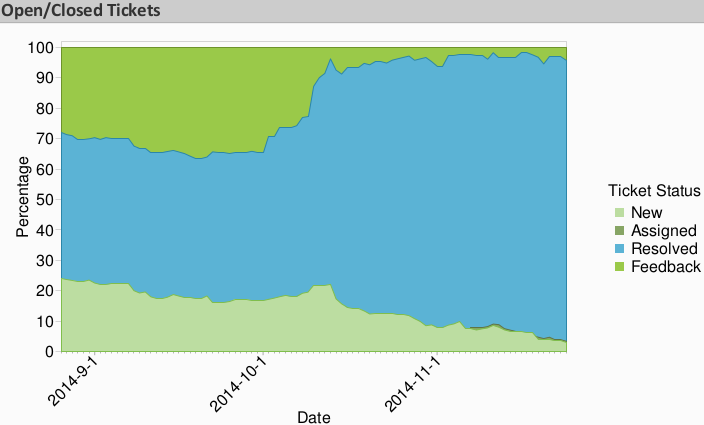 We’re getting an increasing number of “When will 2.2-RELEASE happen?” queries. In an attempt to answer the question for a more general audience, we’ve put together some data.

These seemingly simple goals produced a lot of work. When we re-launched the 2.2 project in October 2013, we estimated that it would take 9-10 months, producing a release in April or May of 2014. We had no way of knowing that we would end up producing a train of 5 additional releases based on pfSense software version 2.1, starting with 2.1.1 in early April, which was immediately followed by 2.1.2 to fix the “Heartbleed” issue, then 2.1.3, 2.1.4 and 2.1.5 during the following 139 days. And three weeks after the 2.1.5 release, we finally got pfSense 2.2 into a BETA release.

We are now close enough to a 2.2-RELEASE that we can state with some certainty that FreeBSD 10.1-RELEASE will serve as the base for pfSense 2.2-RELEASE. In order to transparently support both IKEv1 and IKEv2 we moved from ipsec-tools to strongSwan, taking advantage of its monolithic IKEv1/IKEv2 daemon. And the PHP backend has been switched from FastCGI to PHP-FPM, while PHP has been updated to version 5.5(.19).

But meeting these three seemingly innocuous goals opened a plethora of issues. BIND is no longer a part of FreeBSD, so we switched to Unbound. While the initial work on this was done by a community member, we’ve had to fix a number of real issues with the result since entering BETA. For the past 60 days it’s been heads down, opening tickets, and getting them resolved by fixing bugs, then re-testing the result.

Below you can find a bit more of the internal data that drives the decisions on the release process. We are now, likely, days away from a “release candidate” for pfSense software version 2.2. You can help by running a snapshot (several of us have been doing so since the 2.2 BETA), or the RC series and reporting any issues you find. 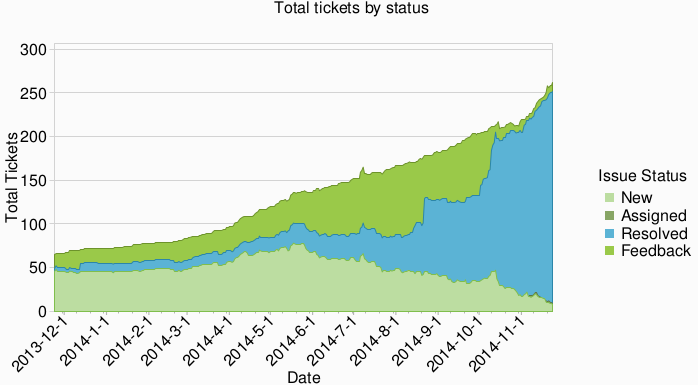 Total Tickets by Status - Past Year. 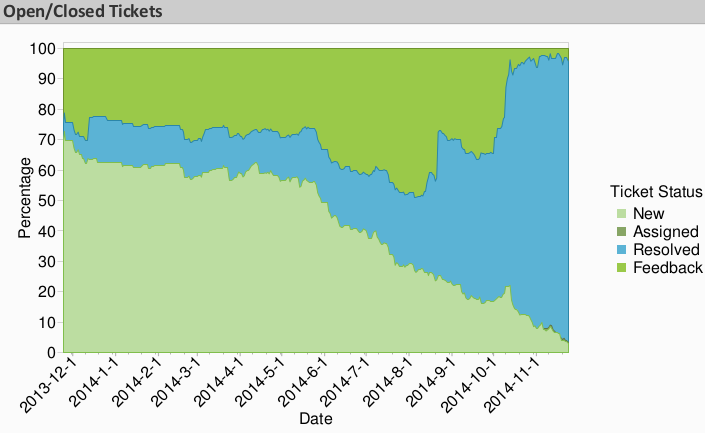 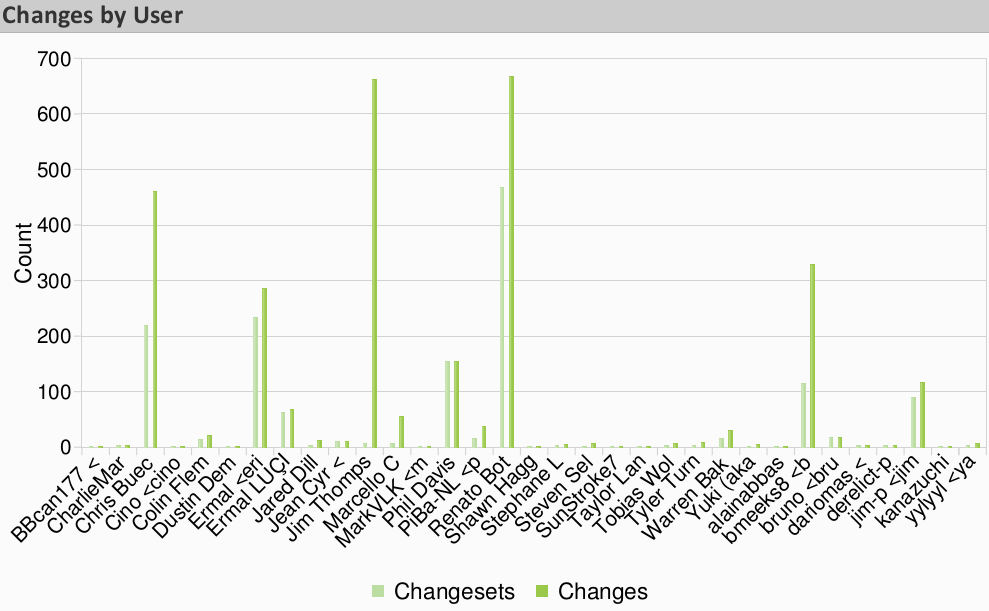 Changes by user - Past 90 days