Virtual Routers: What They Are and Why They Matter 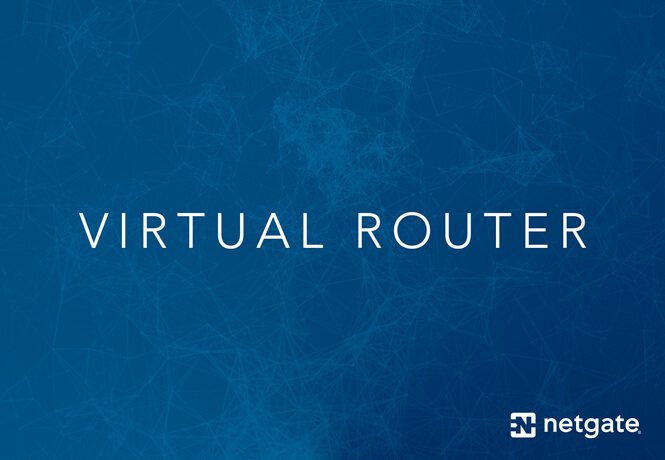 Virtual routers (vRouters) are a relatively recent form of NFV that allow any organization to deploy critical network connectivity functions using a software-defined network (SDN) approach. But what exactly is a vRouter? How do they work, where are they used, and most importantly — why do they matter to your business?

What is a vRouter?

A vRouter is a software-based router that can be deployed as either a bare metal image (BMI) or a virtual machine (VM), which is then installed on top of turnkey vendor COTS, 3rd-party COTS, or do-it-yourself (DIY) hardware, or in the cloud.

How does a vRouter work?

Since vRouter software can be installed onto almost any hardware, they can be deployed virtually anywhere - from lightly loaded network edge traffic points to busy, high throughput core network points, in a cloud, even between clouds - as long as the software can keep up (more on this later).

Why do they matter to your business?

Despite the commoditization of traditional router functions, many legacy providers still charge exorbitant prices for new routers or in-place upgrades. Virtual routers offer a way to sidestep initial costs, software and/or hardware upgrade costs, and even legacy hardware performance limits. As well, vRouters can be easily moved between generations of hardware.

Not all vRouters are created equal.

If you’ve leveraged a vRouter in the past, you may have experienced suitable feature coverage, but found hard limits in your use case freedom due to performance issues. Let’s look at how vRouters have evolved recently. We’ll paint them into three ‘generations’ for simplicity.

First generation vRouters simply take standard router code and make it portable for use on 3rd party hardware. This approach is still widely used in many free and open-source vRouter solutions from legacy and newer vendors - who aim to ‘check the box’ of having a vRouter in their product line. However, first generation vRouters cannot compete with application-specific integrated circuits (ASICs)-based appliances in terms of throughput or performance.

Third generation vRouters take packet processing performance to an entirely new level. They exploit not only DPDK, but also technologies like Vector Packet Processing (VPP) - a high-performance packet processing stack capable of running on COTS CPUs. VPP-based vRouters can blow past even the most advanced ASIC-based solutions, and are often orders of magnitude less expensive. TNSR, Netgate’s vRouter solution, is an example of a ready to use solution that can be deployed on select Netgate appliances (for buyers who prefer turnkey solutions), VMs (premises equipment or in the cloud), or bare metal images for 3rd party or DIY hardware alternatives.

Virtual routers make it possible to capitalize on existing (and future) off the shelf systems, and leverage the benefits of SDN at scale. Thanks to substantive technology evolution, late generation vRouters now compete with top-tier ASICs and some — like Netgate's TNSR — offer unparalleled routing performance paired with comprehensive VPN and firewall functions to deliver the next generation of NFV architecture.

Head over to the TNSR software section of our website to learn more.